Johannes Vermeer, The Invisible Master of the Baroque Period 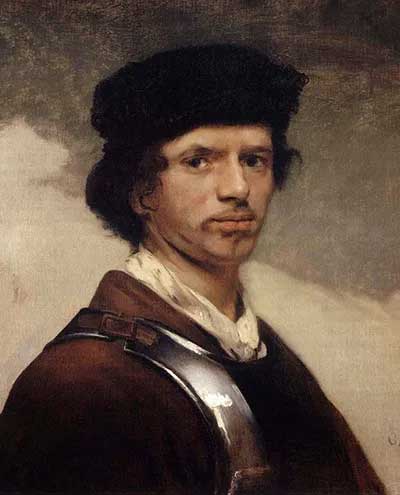 The story of the starving artist is an often-told tale that is representative of millions of individuals as they pursued their artistic endeavor. Like Vincent Van Gogh (March 1853 – July 1890) Johannes Vermeer (October 1632 – December 1875) fits the script of the starving artist. Both were Dutch and failed to enjoy the praises and success that they would garner a century after their death. There the similarities end.

Van Gogh became noted for his abstract visions that he portrayed of landscapes, still life, portraits and self-portraits that reflected the vibrancy of contrasting colors. His body of work was prolific. Art historians and critics claim that there is documented evidence of over two thousand works by Van Gogh.

Only dozens of paintings can be attributed to the career of Johannes Vermeer. A 19th century art historian Gustav Friedrich Waagen and art critic Théophile Thoré-Bürger attribute sixty-six known works to Johannes Vermeer. Today through further research and investigation it is universally accepted that the complete body of work by Mr. Vermeer is thirty-four paintings.

In the 21st century art world the thirty-four paintings of Johannes Vermeer are enough to rank him among top artists of the Baroque Period. Mr. Vermeer inventively used layers of colors to innovatively depict light in paintings that evoke photographic snapshots of moments in time. Like Da Vinci, Johannes Vermeer understood and accurately represented the depth and perception through multi-dimensional works on a one-dimensional surface.

The list of course is subjective, but Johannes Vermeer is often mentioned in the same breath as the most renowned Baroque Master Painter, Rembrandt. Along with other notable artists of the period which include, Velázquez, Caravaggio, Rubens, and Poussin, Vermeer’s works capture moments in a still shot that maintain and reflect the dynamic movement of universal life. The work of Vermeer incorporates the various arts, religion and philosophies of the time as a part of the human experience.

Most artists residing in Delft can be traced to specific teachers either in Delft, artistic centers in the Netherlands or the European art capitals. There are no viable records of any artist that Johannes Vermeer studied under or any that were his pupil. If the thirty-four paintings throughout his life are in fact accurate, it is hard to understand how Mr. Vermeer was able to dabble in his favorite pigment, ultramarine.

This deep blue pigment made from ground lapis lazuli was an expensive luxury for the artists during the time of Vermeer. Yet, it was the basis and underlying pigment that he freely used to capture the essence of light in his works. For this reason, researchers have projected that Johannes Vermeer had a secret benefactor who purchased his sporadic work.

Johannes Vermeer married Catharina Bolenes (Bolnes) in April 1653. The couple had fifteen children with four dying in infancy. Researchers point to the fact that Vermeer had family obligations that forced him to make a living to support his large family as an art dealer and inn keeper.

In the end Johannes Vermeer left this world as a starving artist. His wife and children were left in virtual bankruptcy. Today single Vermeer paintings can sell at auction for tens of millions of dollars. Authentication is still a major issue. In October 2022 doubts were raised about the authenticity of the painting “Girl with a Flute” which hung in the National Gallery of Art in Washington, DC as a Johannes Vermeer original.

Works attributed to Johannes Vermeer include: